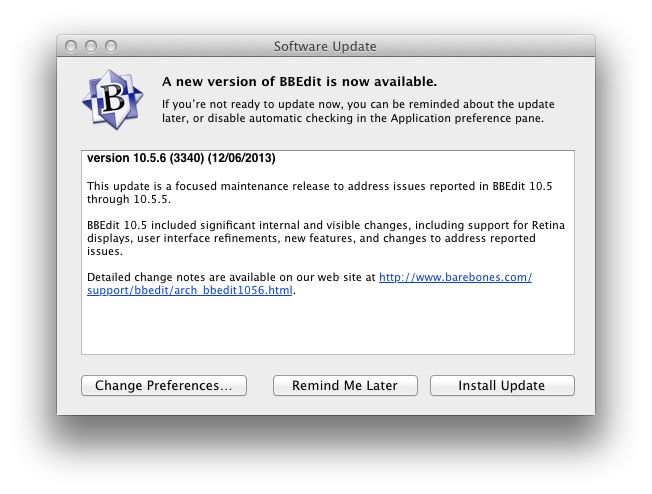 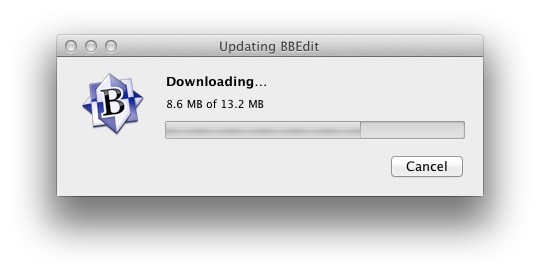 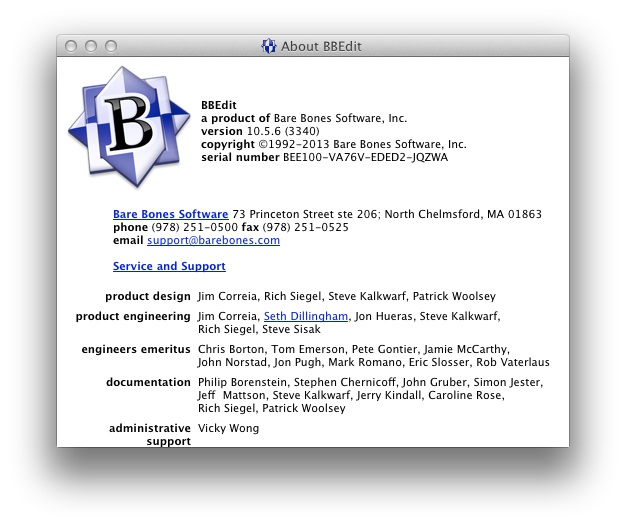 BBEdit 10.5.6 is a focused maintenance update which includes fixes for reported issues.

For details on all the new features and enhancements that were offered in BBEdit 10.5, please see its release notes.

For information on changes made in previous versions, please see the release notes archive.

For detailed information on using any of BBEdit's features, please refer to the user manual (choose "User Manual" from BBEdit's Help menu).

PowerPC-based Macs are not supported.